The following awards and accolades confirm our reputation for consistently delivering extraordinary value that exceeds our clients’ expectations. 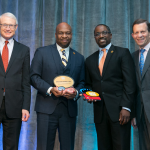 Washington, D.C – The Initiative for a Competitive Inner City (ICIC) and Fortune announced that Enlightened would join the 2017 Inner City 100 list. The list, which was revealed at the 19th Annual Awards and Conference in Boston, Massachusetts on Oct ... Read More

Recipient of the 2016 GovStar Award for “Star Workplace for Medium Sized Businesses” from SmartCEO magazine. The program honors government contractors for their technology innovation, workplace environment, growth, veteran support and impact on the ind ... Read More

The Initiative for a Competitive Inner City (ICIC) and FORTUNE announced that Enlightened, Inc. was selected for the 2016 Inner City 100, a list of the fastest-growing inner city business in the United States. Enlightened Inc. ranked 84th on the list of 10 ... Read More

The Justice Information System (JUSTIS) developed by Enlightened for the Criminal Justice Coordinating Council was selected as one of the “Top-Five” honorees for the Excellence.gove award by the Industry Advisory Council Collaboration and Trans ... Read More 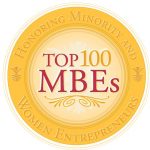 Named one of the Top 100 Minority Business Enterprises by The Center for Business Inclusion and Diversity, which acknowledges outstanding women and minority business owners in Midatlantic region. Read More

Inc. magazine and the Initiative for a Competitive Inner City recognized Enlightened as one of the fastest growing companies for a second consecutive year. Enlightened ranked 47th on this prestigious listing. Read More

Why do high profile organizations across both the public and private sectors trust Enlightened?
See Our Results