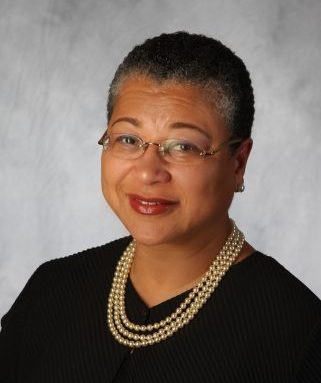 The Honorable Marie C. Johns is the managing member of Leftwich, LLC. She has been a leader in business, civic and government service for more than 30 years.

Throughout her career, Marie has focused her community service in the areas of education and economic development. She has held senior positions in the telecommunications industry, including retiring as President of Verizon Washington. In 2009, Marie was nominated by President Barack Obama to serve as Deputy Administrator of the U.S. Small Business Administration (SBA). Following her Senate confirmation, she was responsible for management of the nearly $1 billion agency and development of SBA programs and policies, including leading the effort to implement the more than 60 provisions of the Small Business Jobs Act of 2010. She created the SBA’s Council on Underserved Communities and her initiatives at the agency resulted in lending more than $30 billion to over 60,000 small businesses, a record in SBA history. She had the privilege of serving as the initial chair of the President’s Interagency Task Force on Veterans Small Business Development. She was also the force behind “Start Young,” an SBA/Department of Labor initiative that provides entrepreneurial training to Job Corps students and encourages them to use their technical skills to start a business.

As a leader in the Washington, D.C. business community, Marie is recognized nationally as an expert in small business and supplier diversity issues. She is a member of the Greater Washington Business Hall of Fame. Marie is a member of the Board of Trustees of Howard University, serves as Chair of the Academic Excellence Committee, and was the founding chair of the Howard University Middle School of Mathematics and Science, a public charter school committed to academic excellence and preparing middle school students in the STEM disciplines.

Marie is the recipient of over 100 awards for her community service, including the National Coalition of 100 Black Women, “Trailblazer in Business” Award; the National Journal, 25 Influential Black Women in Business Award; the D.C. Chamber of Commerce, Women Leadership Award; the Greater Washington Board of Trade, Leader of the Year Award and the Washington Women of Excellence Business Leadership Award. Marie was appointed by Congresswoman Eleanor Holmes Norton to serve on the Federal Law Enforcement Nominating Commission and she is a recent inductee into the Washington DC Hall of Fame. Marie chairs the DC Chamber of Commerce is a member of the Economic Club of Washington, D.C., and a Trustee of the Federal City Council. She also serves as a Director of Hager Sharp and City First Bank.

Marie’s Bachelor of Science and Master of Public Administration degrees are from the School of Public and Environmental Affairs, Indiana University, where she later served as a board member for the Tobias Center for Leadership Excellence. She also was awarded honorary Doctorate of Humane Letters degrees from Trinity University (Washington, DC), the University of the District of Columbia and Howard University. She is a Girl Scout and an active member of the historic Metropolitan AME Church, where she serves as a member of the Senior Board of Stewards.

Why do high profile organizations across both the public and private sectors trust Enlightened?
See Our Results